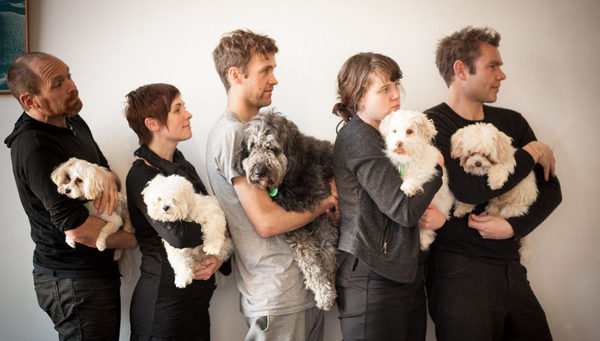 The first time I heard the term ‘The three F’s’ was in one of my Masters of Entrepreneurship classes on finance. Our guest lecturer mentioned the way early-stage start-ups could raise money from the three F’s with a bit of disdain as he explained the acronym: “Family, Friends, and Fools”. The idea is that early investors in any idea will likely be related to the founder through blood or friendship. The ‘fools’ represent the remaining, un-related investors foolish enough to put money in a risky venture.

I’ve always found the term dismissive. It doesn’t value the faith that these investors put into a founder that, despite all odds, might make a return and make the world a better place. Tied into this idea is the concept that some money is “smart money” and, by default, other money might be termed as “dumb money”.

While I’ve always felt a bit weird about the idea of the three F’s, I never really articulated why until recently. I was eating a cheese platter with my partner and his parents (anyone who knows me know this is the norm). He was explaining his current MBA course and it was very similar to the masters class I had taken years ago. He was explaining the idea of the three F’s to his mother, and I snapped. He said “fools” and I countered with “fans”.

We discussed the concept, and I realised my real issue with the term. It’s patronising. It assumes that “Angels” or venture capitalists are smart, and anyone else who invests is a fool. Yes, wholesale investors might be able to drive a spreadsheet better, and might have a deeper knowledge of wider economics, but do they really have a better track record with early-stage ventures? When they themselves say they only expect one out of ten investments to make them a return? Isn’t there something innately foolish in failing nine times out of ten?

No-one really knows how a start-up is going to do. It’s often a mix of luck, preparation, market conditions, sheer stubbornness and fate that determine which companies succeed and which fail. But my theory is if you like a company enough to buy their product, investing in them might not be all that dumb. In fact, the company might be showing a reduced risk of failure if they can pull a crowd in to invest in their growth. Because if your crowd loves you enough to invest, they might be out there promoting you to help you succeed.

Just ask Thankyou Payroll, who have thrived since their equity crowdfunding campaign and thanked their investment crowd with dividends last year. Or (in the same year) Ethique, who landed an international investment deal which resulted in an ROI ‘many, many times bigger’ than the initial investment. We doubt anyone would call those pledgers ‘fools’ today.

The same weekend of my 3 F’s epiphany, I was listening to the podcast Planet Money. In Episode 688: Brilliant vs Boring, they covered a famous bet that Warren Buffet made. He declared in the early 2000s that hedge funds, investment funds that pool capital in a complex portfolio to maximise returns, were not worth the fees they were charging. That he could pick the most boring investment in the world and that it would make a better return than these “brilliant PhDs working crazy long hours” could pick. And he did. He made a ten-year bet with a hedge fund, and he won. His “boring” investment was in an index fund, which makes investments in the top stock exchange performers, which has lower operating expenses. His investment made on average 7.1% per year, while the hedge fund only made 2.2% per year after fees. So you could spread your risk completely by just investing in companies that are already succeeding.

But if you want to invest in earlier stage companies, I believe that the best people to invest are those that are invested in the success of the company for other reasons: because they love the product, believe in the founder, or want to support development in their local community. Equity crowdfunding offers the best opportunity to do this and we’ve found it’s also good for business.

The concept of “dumb money” has been repeated to me often as well. Once, after a particularly jaw-dropping discussion, I shared this term with Stu from Yeastie Boys as he was preparing his equity crowdfunding campaign. He has always had a knack for activating his community and disagreed with the sentiment completely. So much so that he dubbed his campaign “Love Money”. He raised half a million in half an hour from his crowd, which has since grown with the company’s expansion into the U.K. and Australia.

So here’s to renaming.

Words by Anna Guenther (written in 2019). Updated and edited by The PledgeMe team.