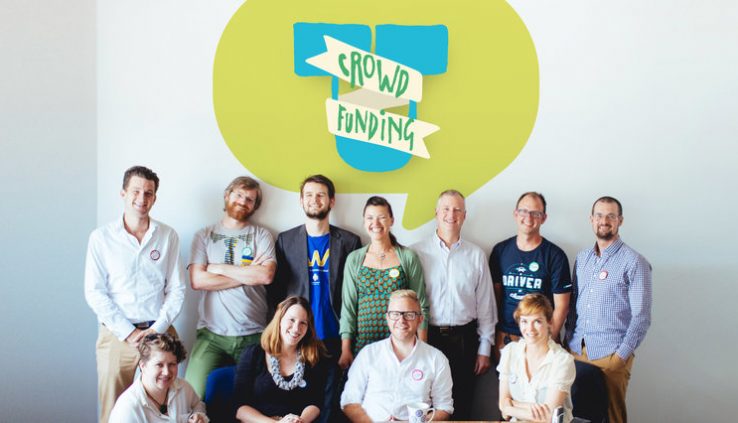 Posted By Emma Goodman
Changes on the PledgeMe board (bye B!)

After almost exactly seven years on the board, Breccan McLeod Lundy has decided to take a step back to focus on other things, namely his new son, Finlay.

I’ve written about Breccan a few times. This is how we first described on him back in 2014, when we added external directors to the PledgeMe board:

* An incomparable technical brain combined with human empathy like no other. As the founder of Rabid Technologies (now Ackama), Breccan supports the development of new products and companies with a belief that partnerships and relationships are more important than simple transactions.

* An ability to discuss complex philosophical ideas with the best of them (he did his degree in it – bless him).

* But also the ability to simplify things down so even a child could understand them – very useful with tech lingo!

* He lets the team talk him into karaoke, when and as required.

What he brings to the PledgeMe table: With a background in technology and startups, Breccan has been programming since he was six with a Commodore 64 and has degrees in philosophy and management.

Pet Passion: Watching the top 250 movies on the IMDB list. He only has 30 more to go, and is always up for discussing the merits of all the movies he’s enjoyed to date.

Crowdfunding Soundbite: “I’m excited about our potential move into the crowdfunding equity space because I believe it will release a broader base of capital to startup businesses and help New Zealand grow.”

And this appreciation note was posted last year to acknowledge all of his support, especially in the hard times:

Six years ago I was in a tough spot. I needed a new technical partner for PledgeMe, and I had no idea what to do…. Going with my natural inclination, I turned to my friends and asked for help….

I was walking through Enspiral, either because I was coming out of an inspiring meeting or grabbing a coffee, and I saw Josh Ford (‘JoFro’ to his friends) from Ackama. I can remember him pulling me into the old boardroom for a chat, and listening to my needs. He wasn’t in the conversation just thinking about a sale — he was thinking about a friend.

We decided to partner. They offered to do two large projects — stage one was the rebuild they needed to do if they took over the code, and the second stage was: Something Big and New.

Breccan and I negotiated, and honestly,  at the time I felt I was giving up heaps of “my” company (20%). But really, in hindsight, they added so much more technical value than they originally proposed. We also paid them a set sum for the two stages of work, so they had money to pay their staff.

We got a lot more value out of them than tech though. Breccan and Josh both attended my advisory board meetings, and then Breccan later joined our formal board.

The things he adds are:

The Something Big and New stage was when they built our equity crowdfunding platform, when we were the first (equal) licenced platform in the New Zealand market. We are now one of the biggest operators in Australasia. That really wouldn’t have been possible without Breccan and Josh.

Our Chair Mel Templeton also acknowledges and thanks Breccan for his input and support:

“Breccan knew when to get involved in discussions and always helped move things forward.  His entrepreneurial approach often brought a moment of clarity to our thinking and his experience in our industry will be missed.  I will miss our calls together which, while few and far between, were of huge value to me as Chair. Thanks, Breccan.

I know Breccan’s support goes beyond the board room. We would not have made it to Australia if Breccan, along with his business partner Josh Forde and their company Ackama, had not built the tech platform.  And throughout Covid, when we were having fortnightly meetings and things were hard, Breccan was always candid and clear on actions, and all the while dealing with a very traumatic time with a troubling pregnancy and his wife literally living in hospital. Thanks so much Breccan for your efforts during that awful time.”

It’s going to be weird not having his wry humour, big brain, and unique perspective on the board going forward, but we know he’ll still be a champion in the wings!

In the coming months, we’re going to assess our board composition and strategy, and might start the hunt for a new board member. Here’s our normal process to add new board members. So watch this space!