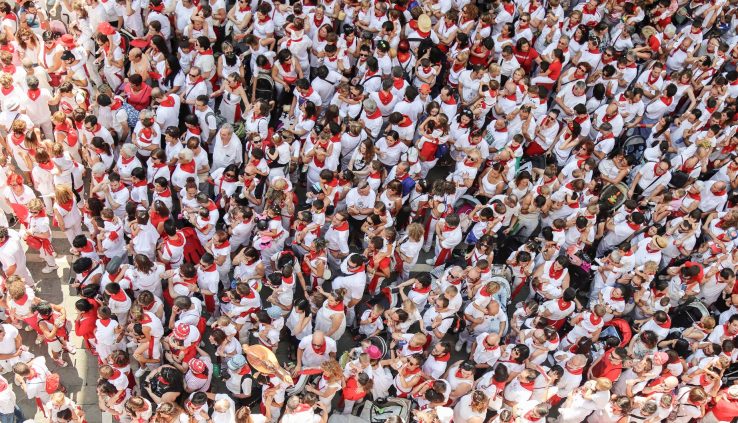 Posted By Emma Goodman
Tags: Crowd, crowdfunding
Debunking the ‘Crowd in the Cloud’ crowdfunding myth: Why your crowd will be your best backers

Is your business ready to grow, and are you considering crowdfunding as a way to raise capital? Great! Many companies have successfully received investment through crowdfunding in Australia and New Zealand. However, it’s important to be aware that crowdfunding will not work for all businesses. One of the biggest slip-ups that causes crowdfunding campaigns to fail is the assumption that there’s an unaffiliated investment-ready crowd out there somewhere, a pool of monetary resources just waiting to be tapped. It is the mythical ‘Crowd in the Cloud’.

“One of the things that frustrates me most is this idea that there is a crowd in the cloud waiting for great ideas to come so they can pledge to them.”

Newsflash: there is no crowd in the cloud. Though we know there are people in the world who literally have so much money, they don’t know what to do with it (and this is a whole other kettle of fish), it’s unlikely they will invest in your business if they don’t already know about you and support what you do. Ask yourself: who’s the most likely to benefit from the growth of your business besides yourself and your employees (beyond financial reasons)? The answer is your customers, fans (people who really believe in what you do), and the people who want to see you succeed (your friends and family). That’s your crowd.

Here are the 4 main reasons to work with your crowd for crowdfunding, and to not fall into the ‘Crowd in the Cloud’ trap.

1) Your crowd is the most powerful crowd.

Even if the people who had wealth to spare decided on a whim to invest in your company, their input will not be as valuable as input from people who really care about your company and what you do. Your crowd wants you to succeed not only for financial reasons, but because they genuinely believe in you and the potential you have. In fact, many people who invest through crowdfunding consider financial gain as a secondary reason for pledging.

A good example of this is Happy Cow Company, who only crowdfunded because their dedicated crowd refused to accept their closure in 2018. The Happy Cow crowd believed in the company’s cause of kinder, greener dairy so much so that they urged the founder to crowdfund so that they could help him back to his feet and revamp the company. As a result of its successful crowdfunding campaign, Happy Cow Company was reborn and able to pursue its cause in a more sustainable and profitable way.

If you already have a relationship with your crowd and if you have proof that they would back you, why would you approach strangers to fund your business? By offering your crowd of customers shares in your company, you are making them a part of the business itself. Once they are co-owners of the business, they will be even more loyal to your brand and will naturally want you to succeed even more than they did before. It will change from a customer-to-business relationship to a shareholder-to-business relationship, which will naturally be much deeper.

Craft breweries are regulars when it comes to crowdfunding because it often fits their service so well. People are loyal when it comes to their drink of choice, and few get as passionate about it as craft beer drinkers. They are loyal to their local craft brewery and have a deep appreciation for the brewers and their art. There’s a strong relationship there that can be strengthened further by offering them shares in the brewery (they become co-owners of the beer they love), through investor perks which are easy to arrange (such as discounts on beer), and by directly involving them through their investment in the the launch of a new beer or brewpub (for example). Examples of breweries that have successfully crowdfunded in New Zealand include Behemoth, Parrotdog, and Yeastie Boys.

“We had to decide if we wanted a Big Daddy investor, or a crowd who’d drink beer with us”

The Founders of Parrotdog brewery on investment raising options.

3) Crowdfunding is a great way to validate your product or service with current and potential customers.

Crowdfunding allows you to simultaneously raise funds and validate your product or service. How often have you heard of stories where startups or SME’s have received huge amounts of funding through venture capitalists (for instance), only to have the concept fall far short of the expectations? What’s great about crowdfunding is that there is a high chance that many of the people investing are existing customers, or future customers. As the stakes are much lower (people can invest for as little as $100), they are likely investing because they will benefit from your crowdfunding campaign through an improved service/product, new product or greater accessibility to the product.

Indigo and Iris is an example of a company which used crowdfunding as a means to launch a new product. After the success of their first product, Levitate mascara, they asked their crowd about which product they should make next and came up with ‘lipstick’ as the answer. In order to validate if this really was what their customers wanted, they launched a ‘Pre-order your lipstick’ crowdfunding project campaign. Project campaigning differs slightly from equity in that rewards are offered instead of company shares, such as lipstick in this case. If they reached their minimum target, they would already have a list of pre-orders for their lipstick products before they were manufactured, the costs of which would be covered by the funds raised. If they failed to reach their minimum target, they would know that not enough of their customers really wanted and were willing to pay for the new product. They’d fold the idea before doing anything, saving a lot of time, money and effort. Luckily, they didn’t have to do this because 820 pledgers validated their product by pre-ordering it through the crowdfunding campaign.

4) Crowdfunding is no walk in the park, but your crowd will support you through it.

A crowdfunding campaign takes a lot of preparation, and resources need to be set aside for it. You need to prepare a communications plan to make sure your crowd is updated, to educate them about crowdfunding if needed, and build excitement leading up to and during your crowdfunding campaign. Shooting an engaging pitch video is a highly recommended part of the preparation phase of the campaign, and can cost time and money. A thorough information memorandum needs to be written to ensure potential investors know exactly where their money will be going (in the case of equity campaigns). Crowdfunding is hard work!

The preparation and running of a crowdfunding campaign is made a whole lot easier if you have a solid pillar of support behind you in the form of your crowd. Having a dedicated crowd means you’re pitching to people who already want you to succeed. Sometimes, you can even crowdsource skills to help with your campaign, such as Bird in a Cage, who completely crowdsourced a photoshoot for their jewellery line (which they had crowdfunded). Any form of raising investment is hard work. But at least with raising funding through your crowd, you’re pitching to people who already care and know about what you do.

That depends. Do you believe that there’s a crowd in the cloud who are waiting for something to invest in? Then no, we wouldn’t recommend it for you. Is there a crowd of people who love what you do and who’ve given you strong reason to believe they’d back you? Then yes, go for it if it feels right for you! Connect with them as a whole and offer them shares through an equity crowdfunding campaign. They will not only help your business grow through funding if your campaign succeeds, but they will also be co-owners, becoming the ultimate brand ambassadors.

Do you think crowdfunding could be an option for your business? Get in touch! We support businesses through crowdfunding in Australia and New Zealand

[…] of equity campaigns is 61% in New Zealand and 75% in Australia. These numbers show companies that investment crowds can be just as valuable as more traditional avenues of raising capital. Anyone can invest in impact-driven enterprises […]

[…] if you want to invest in earlier stage companies, I believe that the best people to invest are those that are invested in the success of the company for other reasons: because they love the […]

[…] Debunking the ‘Crowd in the Cloud’ crowdfunding myth: Why your crowd will be your best backers (Equity) […]