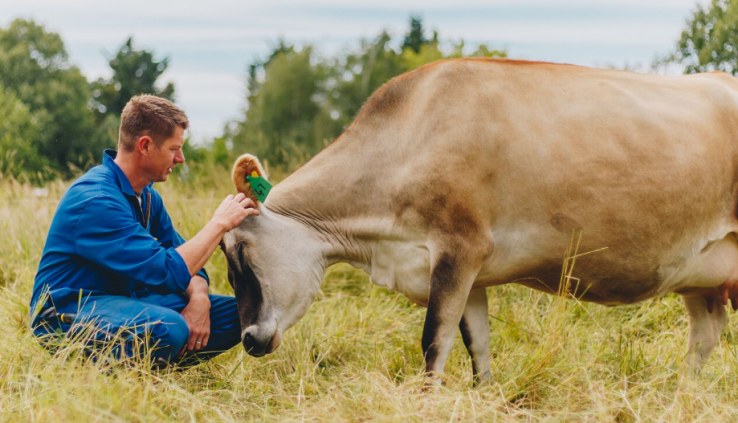 This story actually starts at the end of another story. A point in a business where the founder decided enough was enough. He’d had enough no’s:

However, the founder of Happy Cow Milk Company, Glen, got a response he didn’t expect. His crowd wouldn’t let his business die. He had a crowd of people come around him to offer support, and try and talk him into crowdfunding.

He wrote this Spinoff article “I founded Happy Cow Milk to make a difference in dairying. I failed.“ about the experience. But he ended with:

And then my fatal flaw emerged. The one that got me past all those early ‘no’s and sustained me through four years of hard graft – my relentless optimism. So 24 hours later, I was back on Facebook, sketching out ideas on how Happy Cow V.2 might work. Change is hard. You have to climb over a lot of ‘no’s to get there. But this story might not be quite over. If you would like to help our cause, please consider signing up for updates at happycowmilk.co.nz.

And sign up for updates they did. With the support of his 467 Patreon fans, he decided to spend a year really solidifying the technology and patents he needed to make true change in the dairy industry. With $3,694 in funding coming through from them monthly, he had the breathing space to create a plan.

Fast forward 18 months, and Glen raised $400,000 of investment in eight hours of going to the public. This is how he did it.

So while Glen managed the awesome feat of raising $400,000 of investment through equity crowdfunding in eight hours of going to the public (or 30 hours if you count the time that his crowd had to privately pledge), it’s really over four years of work iterating his model, 18 months of keeping his crowd updated while he pivoted, and then a lead-in campaign to fully prepare his documentation and communications plan before the launch. Read the full case study of Happy Cow Milk’s crowdfunding campaign to learn more.

Here are the three things we learned from the Happy Cow campaign:

Glen had the support of a dedicated team throughout the process which also helped him prepare a comms plan which drafted out posts from the announcement of the campaign until its end. They had a plan for almost every day, which included the date, the theme, the content, and image suggestions. The plan was broken out between drafted posts (highlighted red if not yet approved, green once approved) and at the end all the published posts (which were moved after posted).

Glen’s team of support was wider than the Happy Cow Milk crew – it was friends, family, peers and general members of the public who really loved the concept.

Want to learn more about equity crowdfunding? Get in touch, or check out our Education guide.
Visit https://happycowmilk.co.nz/ to check out a kinder way of dairying in Aotearoa and to join the moooovement.

[…] environmentally sustainable dairy farming. The customers of Happy Cow Milk refused to accept it. They supported him emotionally and financially while he reinvented the concept to become more scalable and profitable. They convinced him to […]

Debunking the ‘Crowd in the Cloud’ crowdfunding myth: Why your crowd will be your best backers – PledgeMe Blog

[…] good example of this is Happy Cow Company, who only crowdfunded because their dedicated crowd refused to accept their closure in 2018. The Happy Cow crowd believed […]

[…] profits going back to the farmer. The reason he did an equity crowdfunding campaign was because his crowd urged him to in order to change the direction of the company for the […]

The cow milk tastes fresh all day long which is not the case with other pasteurised milk brands I have been used to so far. Its healthy and attractive glass bottle packaging is different from common unhygienic plastic packaging by other mass brands.

This is the right weblog for anyone who wants to seek out out about this topic. You realize so much its almost exhausting to argue with you (not that I truly would need匟aHa). You undoubtedly put a new spin on a subject thats been written about for years. Great stuff, just great!