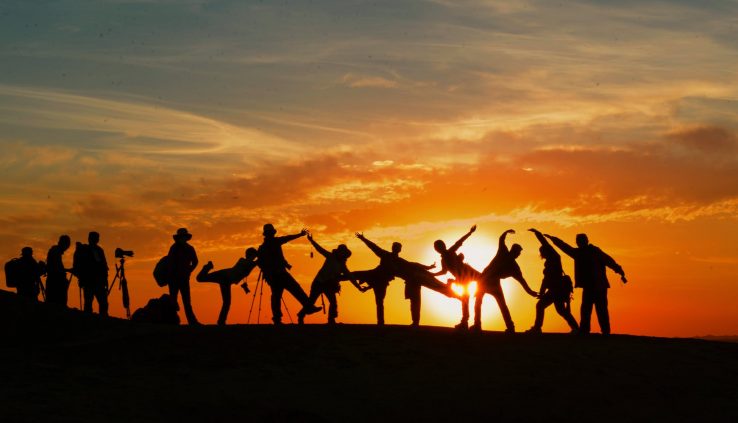 United Nations, on the topic of World Day of Social Justice

The 20th of February is World Day of Social Justice, a day which focusses on removing barriers, uplifting disadvantaged people and realising what we all share in common: our humanity.

Many people dedicate their lives to achieving social justice, and some do it through their business. Whether it’s including social justice in the ethos of their day-to-day business or using their profits, here are 7 Kiwi companies championing the cause of social justice.

Poverty is a major barrier and social injustice for millions of people across the world. While some parts of the world are more heavily affected by poverty, many Kiwi children are also affected. One of the ways it affects them is in their education; if they don’t eat properly, their health and concentration is affected in class, meaning their performance and future can be impacted negatively too. In some cases, impoverished children would rather skip school than turn up without lunch.

How Eat My Lunch helps to alleviate injustice

Formerly incarcerated people often face barriers to employment when they get back out into the ‘real world’. Not only is there a discrimination factor, but their employment confidence is also low, they may lack employment skills, and it may be difficult to make a start after being imprisoned. It can be easy for them to reoffend if no viable opportunity is available to them.

Trade School Industries alleviates all these problems in a simple but time-tested way: coffee. Through their barista training in a therapeutic environment, they turn formerly incarcerated women into coffee-making queens. The trainees benefit from acquiring an in-demand skill (let’s face it, the workforce simply doesn’t function without caffeine), building self-confidence,  a lowered re-offence risk, and having healthy, positive interactions during their time of incarceration.

There are millions of people around the world who are exploited at their places of employment. They work too many hours for too little money for employers that don’t care for their health and wellbeing. Although there are strict laws in place in New Zealand to prevent exploitation, this is not always the case in other countries. Unfortunately, many businesses take advantage of this (e.g. a much lower minimum working age or wage), and choose to exploit workers.

Little Yellow Bird bases their entire business, at all stages of production, on a philosophy of fair treatment, openness, honesty and transparency. From the raw materials grown for the apparel to how they package and send their products, everything is done with people and the planet in mind. Little Yellow Bird is a certified B-corp and an accredited Living Wage Employer which makes a point of not only doing the legal bare minimum, but going above and beyond that. In the process, they spread awareness about worker exploitation and inspire its demise.

Women’s Refuge released a report in 2018 which revealed some startling statistics about pets in domestically violent situations, and how they are both unknown victims and barriers to people leaving these situations. 23% of women who suffered abuse at the hands of their partners had also had their pets killed by them. More than half of the women delayed leaving the situation because they feared for the safety of their pet.

After discovering this issue, Julie Chapman decided to found Pet Refuge, a temporary shelter for pets from domestically violent homes. It is also helping victims of abuse by spreading awareness and providing a link with Women’s Refuge on its website. People can donate to the shelter already, which is in the process of being built after they raised more than $300,000 in a crowdfunding campaign in 2019.

Shockingly, antislavery.org reports that there are 40.3 million people living in modern-day slavery. Modern-day slavery can happen in many ways, often in broad daylight and to vulnerable groups of people. There are the more obvious forms of slavery, such as the terrifying incidents that recently happened in Libya, and some less so, where it’s not obvious at all that the person is a slave. This can include people who are working for little or no income at all, people who are paying off another’s debts, or illegal migrants who are being threatened with deportation unless they work. Slavery has many ugly faces.

How Bird in a Cage alleviates injustice

Angela Crocker was deeply disturbed by this phenomenon and decided to found Bird in a Cage, a company which has freeing people from slavery built into its very core. They use the metaphor of birds in cages to refer to modern-day slaves, and it’s powerful: birds (read ‘people’) whose wings (read ‘freedom’) have been clipped and aren’t experiencing the world the way they were meant to. This theme inspires the Bird in a Cage jewellery collection, the profits of which go directly to fighting human trafficking.

The injustice: Difficulty finding employment as a refugee

As a refugee, or former refugee, it can be very difficult to find work. Their qualification (where applicable) may not be transferable to other countries, and they may face discrimination in some circumstances. Language may also be a barrier. Many have fled very unsafe and traumatic circumstances, which can hurt their confidence when seeking employment too.

Nisa is an underwear company which employs former refugees. They aim to ‘help refugee women from the bottom up’, and empower them through employment. For many of the women working at Nisa, it is the first job they’ve ever had, the first time catching public transport, and the first time they’re able to provide for their families financially. Being employed also helps them to integrate into their new life quicker, and feel welcome in the community.

The Injustice: A lack of employment opportunities for people with learning disabilities and Down Syndrome

People with learning disabilities or Down Syndrome are hired at a significantly lower rate than people without, even if they’re qualified. In June 2019, Stats NZ found that the employment rate for people living with a disability was only 23.4%, compared to 69.9% for non-disabled people. That is a gap of 46.5%.

Jennifer Del Bel and Tony Sykes partnered up in 2018 to launch Downlights after Jennifer heard Emma’s story, Tony’s daughter who is living with Down Syndrome. Even though Emma had graduated from school, finding a job was proving to be very difficult. Tony had the idea that Emma could make candles, starting out selling them from a humble stall in a market.

Two years later, Downlights has grown significantly. Their mission to provide disability employment is built into the core of their business and the more they grow, the greater their impact is in the lives of people living with Down Syndrome and other learning disabilities.

Although February the 20th is a day to take a pause and acknowledge the social injustices people face world-wide, every day is a day to do something about it.

The companies listed in this article have all run crowdfunding campaigns with PledgeMe, a platform which promotes impact investment and social enterprises. Do you know more Kiwi companies (your own business perhaps?) which alleviate social injustices and need funds to grow? Get in touch, we’d love to help!

[…] PledgeMe, we are constantly sharing the wins of PledgeMe alumni (previous campaigners) across our blogs, newsletters, and social media (using the hashtag ‘#pledgemealumni’). We do this because […]