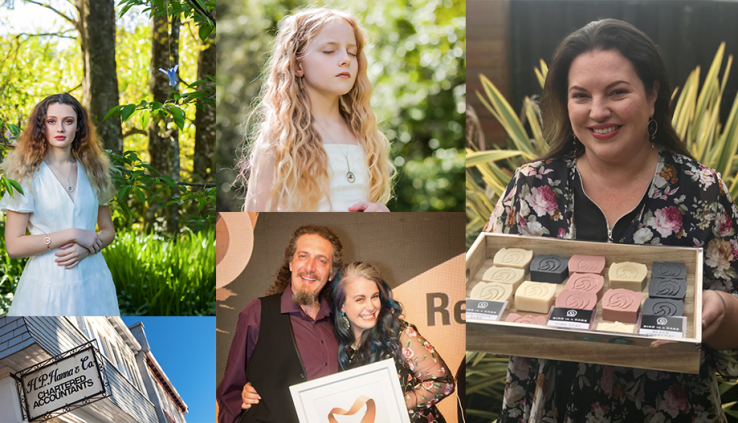 To me, birds are a symbol of freedom. Birds were created to soar over this earth, their little bodies fragile but their wings powerful. Sadly, humankind invented cages to trap and keep these beautiful creatures and clip their wings so they cannot escape – all for the pleasure of their owners. But the one thing that cannot not be confined is a bird’s voice. – Angela Crocker, Bird in  a Cage

In 2019, Angela Crocker decided to do something about modern slavery, a horrific epidemic that affects more than 40 million people worldwide. She founded Bird in a Cage, a jewellery company that would donate 100% of its profits to fighting slavery. The jewellery line was inspired by the different phases of achieving freedom for victims: ‘Caged’ necklace, ‘Escape’ bangle and ‘Freedom’ earrings. The  crowdfunding campaign was launched and had raised more than $10,000 by the time it closed on 15 April 2019.

While Bird in a Cage’s mission is enough to make this crowdfunding campaign remarkable, the support that Angela rallied around her to make it happen was amazing. Many small businesses, social enterprises, and individuals donated their time and skills to Angela’s crowdfunding campaign out of the kindness of their hearts and their conviction of its purpose. This included Greg Hay from HP Hanna & Company Ltd for initial accounting/business structure advice and Josh Thompson from Madeknown for the logo and design work of Bird in a Cage. One of the rewards, natural soaps stamped with the Bird in a Cage logo, were made by Kelly Brown, who donated the cost of materials and her time.

What happened after the crowdfunding campaign?

The success of the crowdfunding campaign was only the beginning. Now that Angela and her team had the funds, they had to make the magic happen.

Angela: Once we had the funds to start, it was a roller coaster of a journey. From setting up a charitable company to testing designs with our social media followers…from travelling to Bangkok to meet our jewellery manufacturer and view samples (while ensuring they were a legitimate company that treated its workers well) to getting charitable status approved by the charities commission. At any stage did we feel we knew what we were doing? No! But the generosity of people to offer their time, skills, creativity and wisdom has been absolutely invaluable and we would have stalled without it.

After establishing the manufacturing process and partners, the next challenge was to market and showcase the jewellery line. There were already some customers who had pre-ordered their Bird in a Cage jewellery through the campaign, but marketing the products was needed to establish a wider and more sustainable customer base. They needed a photoshoot, something that would usually be an extremely costly and complicated endeavour, particularly for a small company just starting out that planned to donate all its profits. Angela couldn’t do it on her own, and she once again reached out to her crowd. The outcome was amazing.

Angela: I made a simple social media post asking if anyone could offer photography, modelling, etc to help capture the new jewellery range. One of the followers of the Bird in a Cage page tagged Mandi Lynn from A La Mojo Studio, a renowned Wellington photographer with a heart of gold. Mandi Lynn was New Zealand’s creative photographer of the year in 2017 and she also runs a body compassion studio specialising in helping women who have body shame to feel comfortable in front of the camera. Mandi is also the founder and director of Every Body is a Treasure Trust, which works with Kiwi youth to develop self compassion and creative resilience in her programme called Click Happy – a programme that teaches girls to stand in their own creative power. It was a match made in heaven! Within weeks, she had rallied volunteer models (25 models put their hand up to help out!), hair stylists and makeup artists, and had come up with a creative angle for the shoot.

The result was a series of stunning photographs which fittingly showcases the jewellery line of Bird in a Cage. Here’s a selection of them:

Your crowd is more than just a source of funding.

Crowdfunding is a great option for companies and organisations to raise funds to expand, break into a new market, or (in the case of Bird in a Cage) launch themselves and/or a new product. What people often don’t realise, however, is that your crowd can offer so much more than just funding. If they care enough about what you do, they may be willing to add their time, skills, and effort to your campaign. They may be willing to pull in their personal contacts to help you out, or simply to spread awareness about your campaign, because they want it to succeed too. All you have to do is ask.

Here’s the full list of contributors to Bird in a Cage’s crowdfunding campaign that volunteered their time, and where they are based:

Co-written by PledgeMe and Angela Crocker, Founder of Bird in a Cage