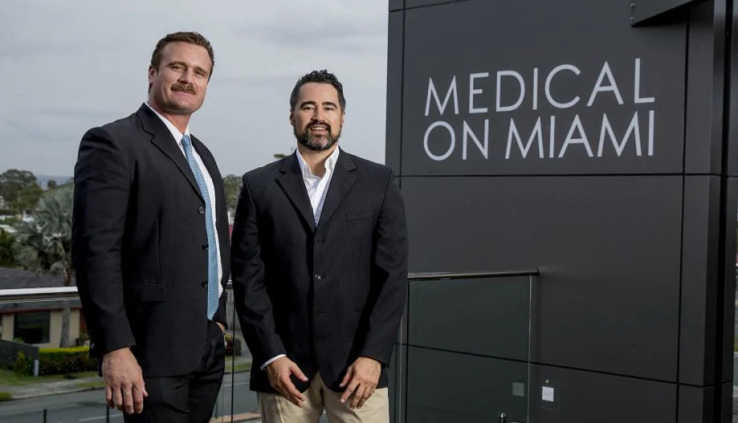 CDA (Cannabis Doctors Australia) launched its first subsidiary company, Burleigh Heads Cannabis, in 2017. Their goal was to help hundreds of thousands of Australians suffering from severe chronic pain to safely and legally access pain and symptom relieving cannabis through prescriptions from registered doctors. They found that more than 200,000 Australians were accessing the product via black market channels, exposing them to both legal and health repercussions. CDA arrived on the scene to challenge the status quo of traditional pain relief medication and shake up the game of Big Pharma. However, investment was needed to take the next step in its growth.

Enter PledgeMe. CDA and Pledge me joined forces to launch an equity crowdfunding campaign which ran from the 13th of May to the 14th June 2019. The carefully crafted campaign involved Social Media live interviews, traditional media segments (such as news publication features), a ‘share to win’ (company shares) competition, and a private launch event. Awareness of the campaign and CDA itself quickly spread, with thousands of new users visiting the CDA website over the campaign’s course. Within the first day, the CDA campaign was 33% funded. After 1 week, it was more than halfway to its minimum goal. By the end of the campaign, the minimum goal of $500,000 was reached and surpassed threefold, taking the total amount raised through PledgeMe to $1,5 million through 550 pledgers.

The funds raised for CDA’s campaign through PledgeMe was considered a great success by the company, particularly as it was Australia’s first medicinal cannabis equity crowdfunding offer. Education and showing the ‘human factor’ behind medicinal cannabis played a big part. With a minimum online pledge of $250, the campaign was also financially accessible to anyone who supported CDA’s growth and goal of providing pain and symptom relief to clients (thereby empowering them to ‘live a normal life’). With a projected growth of the medicinal cannabis industry to $3 billion in the next decade, it’s an industry which may possibly attract more investors in the future.

As the case of CDA shows, equity crowdfunding is a viable option for many small businesses looking to take the next step in their growth. It has the potential to be a good fundraising option for businesses which are non-traditional in either their practices, products or services. Trying to compete with other small businesses for the attention of a few select investors can be difficult and intimidating. Why not leverage the audience of your own clients, supporters and brand ambassadors who are already willing and able to financially advance your business?

Equity crowdfunding through PledgeMe is just one of the many investment options out there, all of which involve risk. For CDA, it was a huge success story. Will it be for your business too?

Get in touch
If you’re considering an equity crowdfunding campaign, we’re ready to help. Contact us for a chat.

You can also learn more about creating crowdfunding campaigns in Australia or New Zealand.

[…] Health ran their Australian equity campaign in May, 2019 and are a good example of a company with great communications. They had a clear plan […]