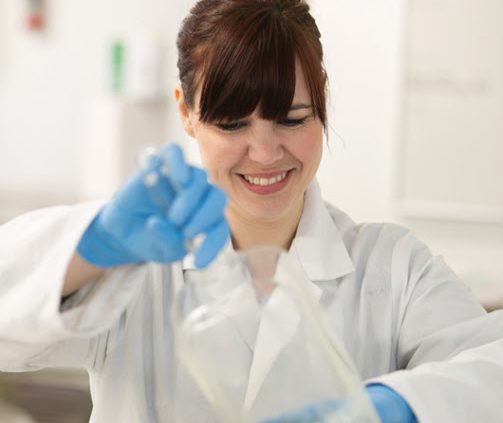 Plastic pollution is a major contributor to the world’s environmental woes, and the beauty industry is one of the perpetrators.  An article by National Geographic earlier this year found that about 8 million tonnes of plastic escapes into the oceans from coastal nations every year, and that plastic production is expected to double by 2050. This paints a pretty grim picture.

Single use plastics, such as water bottles, often end up in the world’s oceans.

Luckily, there is a light at the end of the tunnel. Last year, over 400 businesses, governments and other organisations signed an agreement to make the use of plastic completely regenerative and circular, meaning no plastic waste would ever reach the environment. However, can plastic packaging be eliminated altogether?

Enter Ethique, a beauty brand that has done just that. Brianne West, founder of Ethique, recently won the Young Entrepreneur category at the 2019 New Zealand EY Entrepreneur of the Year awards. In addition, Ethique was recently named the 4th fastest growing company in New Zealand by Deloitte’s Fast50, with a 999% growth rate. Her company is B-Corp certified and has been making waves since it began in 2012.

She started the company (then trading as Sorbet) with the dream of it becoming the most sustainable cosmetics company in the world. From her kitchen in Christchurch, New Zealand, she experimented with solid bars of shampoo, conditioner, cleansers and other cosmetics, testing them out with her loyal customers. She ended up with high-quality cosmetic products that had 100% natural ingredients and which were packaged in compostable packaging. Gradually, her following of customers and supporters who loved the Sorbet brand and its environmental impact grew.

Brianne West (pictured above) founded Ethique with the dream of having the most sustainable cosmetics company in the world.

Recognising the popularity and growth potential of her products, Brianne decided to equity crowdfund in 2015. It was clear that Sorbet’s customers were invested in the company’s growth, not only through engagements with their clientele, but also because the funds raised would solve the number one customer request at the time: a storage container for the Sorbet products.

Within the first 2 weeks of their equity campaign, Sorbet had raised their maximum goal of $200,000, and were ready to rebrand to Ethique, a look and name more befitting of the company’s values and environmental impact goals. After leaps and bounds in growth off the back of their first crowdfunding campaign, Ethique decided to do equity crowdfunding again in October, 2017. This time around, their success was even more immediate, hitting $500,000 in just 90 minutes.

Some Ethique products, all of which are packaged in 100% compostable packaging.

The success of Ethique’s equity crowdfunding campaigns were contributed to a range of factors, from a supportive crowd to significant media attention. Read the full case study here.

“We want(ed) our crowd of customers owning a piece of us. To keep us to our values (and) to come along for our journey,” said founder Brianne West during her 2017 campaign. Cases such as Ethique’s show that consumers can play a much bigger role in commercial plastic reduction than simply opting for one product over another. Through equity crowdfunding’s general accessibility, they can own a piece of it, and not only be emotionally invested in the environment, but financially too.

Brianne West, Founder of Ethique, with Anna Guenther, Founder of PledgeMe, at the launch of the first Ethique equity crowdfunding campaign

Interested in other companies which pack a sustainability punch? Check out Lord of the Fries, the fast food company which is 100% plant-based.

[…] Raising capital from members of the general public is a lot easier if your product or service has a positive impact on society at large, whether it’s through what you do, where you source your materials from, or how you spend your profits. This is especially true in this day and age when consumers are more conscious than ever of the impact of their purchases. Ethique is a good example of a company whose growth is intertwined with a positive impact. The more of the products they sell, the less plastic waste there is. […]