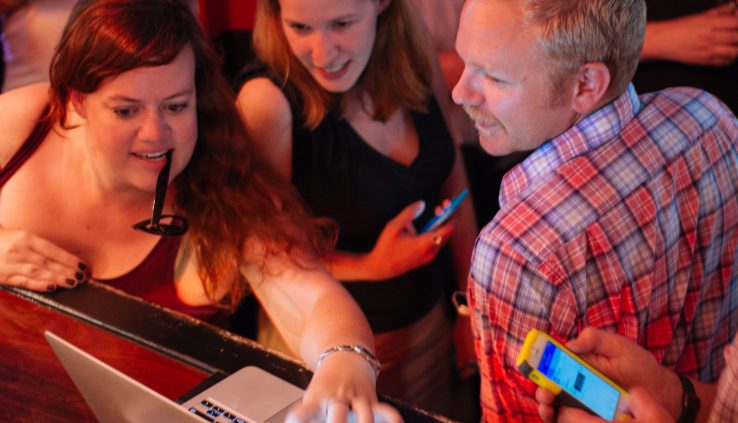 Posted By Anna
Deadline Magic: what it is and why it works (with crowdfunding examples)

We’ve all had that assignment that we couldn’t possibly bring us to do…until the night before it was due.

We all need a deadline. For everything in life: assignments, brazilian waxes, renewing our pre-pay mobile plan. And investing.

With every equity campaign we tend to see a spike at the launch of a campaign and (if they don’t fund in the first few days) a big spike at the end of a campaign. And it’s not just in equity crowdfunding! We’ve heard this happens in traditional capital raising too. And grant applications. And Christmas present buying (there’s a reason some Westfields have a 36 hour shop in the days before Christmas). As well as pretty much every other part of our lives.

Deadline Magic is the uncanny way that things seem to come together just before they’re due.

Even if it’s normal, it’s still scary. Check out some of our deadline stories, why it happens (from a psychological perspective) and some tips on how to handle and make the most of Deadline Magic.

This happens? To whom? Four examples

Mungalli Creek Dairy produces Biodynamic Certified milk, yoghurt and cheese. A few years ago, they found that there were limits to their growth: there was only so much milk they could ethically and sustainably produce. The solution was obvious: they purchased more farms to convert to Biodynamic and organic farming methods. Armed with 1000 acres more and a new state-of-the-art processing facility, they were ready to scale. That’s when they opened an equity crowdfunding campaign.

Pineapple Heads is a range of children’s hair and bath products made from only the purest of pure stuff. A few years ago, they did an equity crowdfunding campaign to grow their impact. With 8 product lines in over 70 retailers, Megan needed to take the company from solopreneur to small team. They had a target of $189,000. In the first three days, they saw $54,750 in pledges come in. It was a great start. Almost three weeks later, they hadn’t reached the minimum and they had two days to go. Like so many other campaigns, it was down to the final push. In the final day of the campaign, they saw their pledges invest over $90,000 to bring the total to $204,900.

Food Connect was already a beloved impact led organisation that had been serving a loyal community for over a decade. Their core business is connecting farmers to households directly. When their landlord offered to sell them the warehouse they had been leasing, they decided to make it happen. They went to their crowd to make it happen with an equity crowdfunding campaign. In August 2018, the Food Connect Shed campaign went live with a launch party. The minimum was $2 million.

Pledges were constant but not high enough. The campaign was extended to the maximum three month period.

But Deadline Magic was definitely at play. The campaign closed with just over $2.1m pledged.

Since October 2018, Cannabis Doctors Australia has provided over 1,500 prescriptions to more than 700 patients. Despite only having opened their doors to patients 6 months before the campaign launch, their waiting lists continued to grow. The list for their flagship Gold Coast clinic was out to 9 weeks. Below is a breakdown of how Deadline Magic happened for them.

Why does it happen?

There’s a heap of research about why this happens. Here’s the low down:

According to commodity theory, adding deadlines to things makes them more desirable. (The full article digs into the why). This is probably because of scarcity: as an equity crowdfunding deadline draws nearer, the option to back that company is being taken away which makes it seem more valuable than when there are 30 days left. This notion of scarcity is often used (Frank Walker, anyone?). Scarcity is the economic term, of course. We prefer FOMO.

There’s also the Yerkes-Dodson Law: “there is an optimal level of arousal for an optimal performance”. You might know this kind of arousal. It’s the anxiety you feel before an exam. It’s the nerves before a big game. It’s the surge of energy you get before you walk into an important meeting. At the right levels, these states can improve performance. This also explains what can happen as deadlines start looming.

“The human brain may like to procrastinate, but it likes to avoid unpleasant occurrences more, so it tends to adopt a more “playtime’s over!” approach when a deadline is imminent.”

A group of researchers actually did this (but with samples of people rather than alternate realities). They found that the group that completed the survey on time was the one that had the shorter deadline. Why?

Tips on how to handle Deadline Magic

Make the first few days as strong as possible

Because you know that you only get magic at the beginning at the end, get commitments from supporters and loved ones to pledge in the first few days of the campaign. This will make it safer for strangers and outer circle supporters to get behind you. For most people, it’s easier to jump on a bandwagon than it is to be a pioneer. It’s more exciting to jump on a big bandwagon too.

You can also make the most of the long middle by pushing hard. The harder you push, the less anxiety you’ll have in the last days before the deadline when you’re wondering whether or not this was all a grand success or not.

Write your updates before you need them

Very few people in the world can feel completely comfortable asking for investment. Those comfort levels go down, the closer you get to the deadline. The urgency, however, goes up. Do future you a favour: before it gets urgent, before you’re working your tail off to ask everyone and anyone to get behind you, take the time to write thoughtful, considered updates. Then, when you’re in the middle of the whirlwind, you can just copy, paste, and post.

Remind your crowd that the deadline is coming, not in a spammy way, but in a “keeping you in the loop & I’m both excited and terrified way”.  Share more about you, about the company, about your plans – while telling them what’s happening.

Really – just jump online. Tell people what you’re up to. Remind them about the deadline. Answer their questions.

You might be a legend on Snapchat but it’s unlikely your Auntie Jane or your godfather will be keeping up to date on your snaps. Jump on all of the big platforms. The same thing goes for how you like to communicate. Maybe you love video. It might be worth dot-pointing a live you just did and posting that too.

Pitch to media (then do it again)

You should pitch the media before you start your campaign with a story about excitement and newness and how you’re different. At the end of your campaign you can pitch again; media gets deadlines more than anyone else. They have them All Day Every Day. So that your story can get exciting again in the final 24 hours, get your press release out and add some new quotes and get it off to journos you know (plus the ones you don’t).

Is it your turn to work some magic?

If you want to start on the journey to equity crowdfunding, we’re standing by. We’ll put you through CrowdfundingU to prepare you for the actual campaign. Our process is designed to support you and we’ll be by your side through the entire campaign so you’ll be in good hands.

Read more about what to expect and what the journey looks like with us.

[…] Deadline Magic: what it is and why it works (with crowdfunding examples) […]