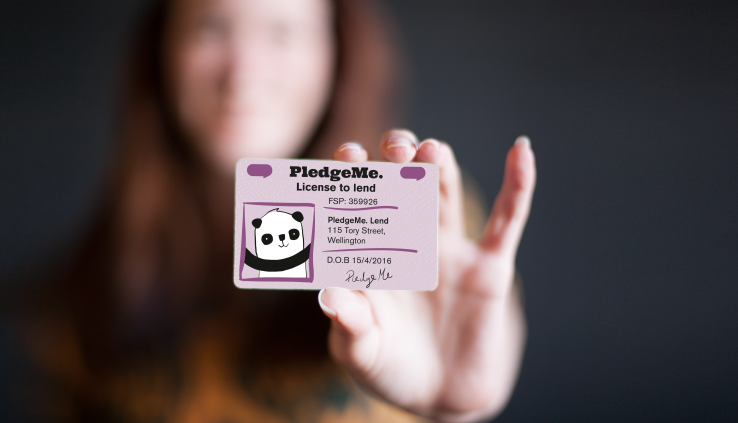 Posted By Anna
Tags: crowdfunding, Crowdlending
Is it time to relaunch crowdlending?

Times are hard for businesses. Many lost revenue during lockdown, and despite plans for down times it’s hard to forecast accurately what’s going to happen next. Will the economy bounce back slowly, or quickly, or at all? Will revenue be down by 30% or 50%, or more? The only easy-ish thing to forecast is the cost to keep going through this, and of trying to keep loyal teammates employed during this uncertainty. Most founders and CEOs I know (including me) are personally struggling with this. How do they try and provide certainty in a time when there is very little?

With individual uncertainty around jobs, and many already lost, times aren’t just hard for business, they are hard for everyone. What we’ve seen so far is that this leads to changes around how people buy, and how people support. We’ve seen the average amount that people are pledging decrease, and campaigners that would normally hit their goals easily struggle.

We want to keep supporting companies and organisations that care about their communities, and provide a way for their communities to support them too in a way that suits the current economic situation.

We have two ideas we want to test:

We already have the ability to support crowdlending through PledgeMe. We were successful in getting a licence from the Financial Markets Authority in 2016 to do peer to peer lending, and have done it several times before (for example, with Denheath). Watch the PledgeMe Lend story below.

Our original proposal, drafted by Barry from the video above (a banker before he came to us), stuck closely to a traditional banking approach. We took thirteen data points from a campaigner’s financial statements and calculated the value of six key financial metrics (age, size, solvency, liquidity, leverage and interest coverage) and created our Campaign Readiness Evaluation for Debt tool. It’s pretty hard to pass what we’ve lovingly termed the CRED, because you need to show certainty that you can repay.

Quite a few of our historic campaigners, especially early stage and growing companies, were unable to hit the required financial metrics despite later doing well with crowd campaigns. Those that could pass our test could also easily get funded by the banks (at least, at that point in time).

We completely overlooked the thing we hold most dear in assessing whether a campaign could launch or not: the ability and wisdom of a crowd.

We’re not saying that a crowd always gets it right, but what we’ve seen through our platform is that the rate of companies closing down is lower than the national average.

Statistics show that one out of five new businesses do not survive their first year, and only two-thirds make it through their second. This number decreases to only 30 percent by the 10th year.

We’ve only had two companies close down so far, out of 50 that have run campaigns in the last six years. Possibly because, if people believe in you enough to invest, it shows you have a solid crowd of customers (or potential customers).

You have the support you need to grow your business  with cash, but also with other things. A World Bank report talked about this idea of “constellations of trust”. Since you’re going out to people that know you, the likelihood of fraud was much lower than when there were no personal and/or existing connections.

We believe our current approach (the CRED) might end up excluding a lot of companies that are struggling, and only enable those with a war chest to raise the funds they need to get through this (and since they have that pot of gold, they have less of a need for funding). We want to change that.

We’ve been working with a group called IndigiShare, which is especially concerned about the impacts that COVID-19 has had in Rotorua and many Māori communities. We’ve also run an event with Poutama Trust, and are looking at how they can support through their existing networks and programmes. We want to partner to support companies and communities that are struggling.

To Lend or not to lend, that is the question

Right now, we’re looking at black and white numbers on a spreadsheet to make a judgement. But we’d like to approach these assessments in a new, more human way. We want to focus on the relationships that a company has, to figure out what support it could draw upon. We believe by spreading the risk, we’re reducing the risk.

Relational lending isn’t new. Banks have considered relationships within the context of their decision to lend, especially in rural settings. That’s why it can be easier to get a loan if you know your bank manager! Microlenders, like the Grameen Bank and Kiva, work with field partners to help make decisions, but also to support the borrowers with their repayment plans. Repayment rates on Kiva are around 96% when they go through a field partner, and the Grameen Bank is around 99%.

PledgeMe could do this too, but we need to alter our process, our technology, and our licence with the regulators.

Here’s how we think it could work

We’re proposing to launch a new product on our platform: Lend Local.

Companies or organisations looking to raise will need to provide their current financials and forecasted costs (not revenue). If they don’t pass our CRED, their raise will be capped at a maximum of $50,000. In this way, we minimise the risk while still giving them the opportunity to raise (as they may not be able to do this elsewhere)

Instead of creating a full Information Memorandum, they’ll just need to pull together the very basics: a description of their business, their team, and where they are right now. This would include a current balance sheet, current profit and loss, and a basic forecast of expenses.

Pledgers would be able to review the information provided, and would need to understand the risk that they could lose their pledge. If they were comfortable with that risk, then the borrowers would aim to make repayments with 5% annual interest over two years. This rate is lower than current borrowing rates at any of the banks, even with our fees, but higher than what an individual lender would get if they kept their money in the bank.

Note – like any income, you’ll need to pay tax on the interest at your normal tax rate.

We want your opinion

We’ve talked to a lot of folk about this 1:1 or in small groups. We’ve heard how hard it is for companies, and how scary it is for people who have lost their jobs. We’ve heard the need to make this simple, to make the risks clear, but to also get out of the way and let the crowd decide.

But now we want to go a bit further and ask you, our crowd. We want to hear what you think. We’d love to facilitate a public discussion around how this could work.

Let us know your thoughts on crowdlending!

Here are the things we want to know:

Thank you for taking the time to read this. I truly believe that Aotearoa can come out of this connected and kind. We just need to work together to make it happen.

Over the last few months I’ve shot a few bucks to venues and businesses I didn’t want to see die due to circumstances beyond their control. This seems like a version of the same thing, except my money might come back to me with more than it would have got if it were sitting in the bank. I give to rewards campaigns, usually expecting nothing or very little in return. As a potential lender, I think I’d apply the same logic to lending campaigns – however I would want to minimise my risk with lower minimum lending rates (say, $50-100 minimum). If I were loaning a smaller amount like this, I would be prepared to receive fewer payments over the term, or perhaps even wait til Year 2 to see repayment. I’d also be able to loan to more companies. Sometimes that minimum stops me due to the potential opportunity-cost of helping others.

I too want to support and am not particularly concerned about receiving interest, just getting my initial contribution back would suffice. Would be prepared to take the risk with people who are trying to help themselves, but would prefer to contribute between $100-$300.

What about crowdfunding for co-operatives?
Would you be able to administer the setup process and the ongoing admin taking care of credits, dividends, and reinvestments? My mind is of the perspective that the setup and administration is what puts the most people off starting. It is hard. It is complex. So unless you are a lawyer or have deep pockets it is almost impossible. However
What if your organisation made the process of scaling solution->product->market fit-> growth as simple as xero or simplify or sharesies?

[…] campaigns. We explored different ways to support our crowd during COVID, including exploring relaunching our lending product. In the end, we were able to keep our core business in New Zealand going through the turbulent year […]